Fragment- Works on paper and paintings

This series of work on paper commenced at the beginning of the spring summer fire season when my coastal area was being impacted by fire. Nature is unforgiving, tough, strong yet incredibly resilient. I focused on the beauty found in details, remnants and glimpses; seeking a sense of renewal through an excavation of form, scraping out the mark to reveal what lies underneath; a quiet beauty reflecting an interplay play between light, fragility and strength

… When Wendy Stokes left coastal New South Wales in the summer of 2009 to revisit the abandoned inland home of her childhood, she found a single red bud in the tangled undergrowth of what had been her mother’s garden; a sign of life after catastrophic erasure. Back in her studio at the edge of the sea this splash of red has entered the silence of her paintings. Her canvases give simple credence to infinitely varied marks and gestures within empty space. They are suggestions of what has passed into memory as well as the potentialities that exist in what astronomers now call quintessence-the fifth element after earth, fire, air and water- an ineffable nothingness that permeates and supports the creative universe.

…The works in View Point/s - Approach to Landscape say little about vistas and much about thinking and feeling the land. They are imaginative constructions of landscape elements, fragments and atmospheres. Some are poetic, even literary, while others have musical or theoretical underpinnings. Although there are intimations of the environment at risk, there is also a celebration of the earth’s resilience and the infinite creativity and mystery of the universe[1]. 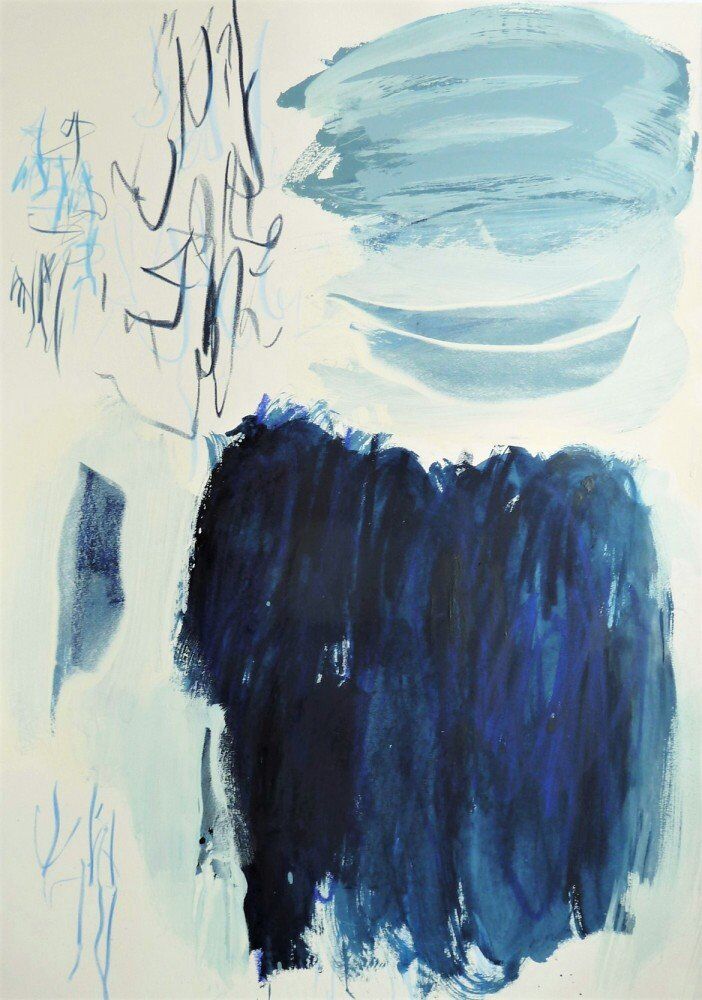 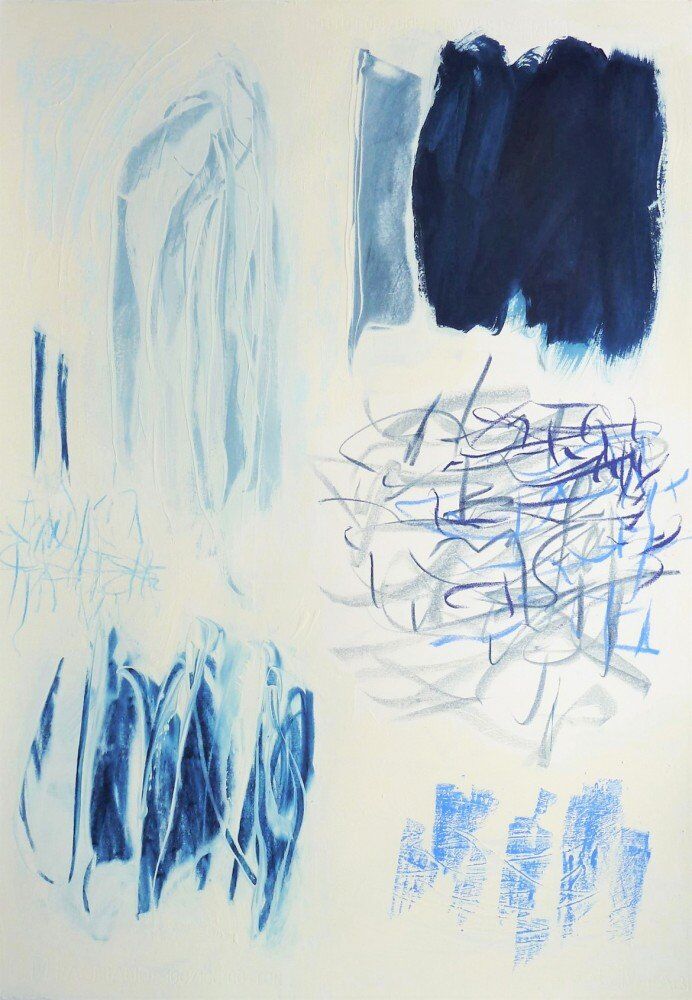 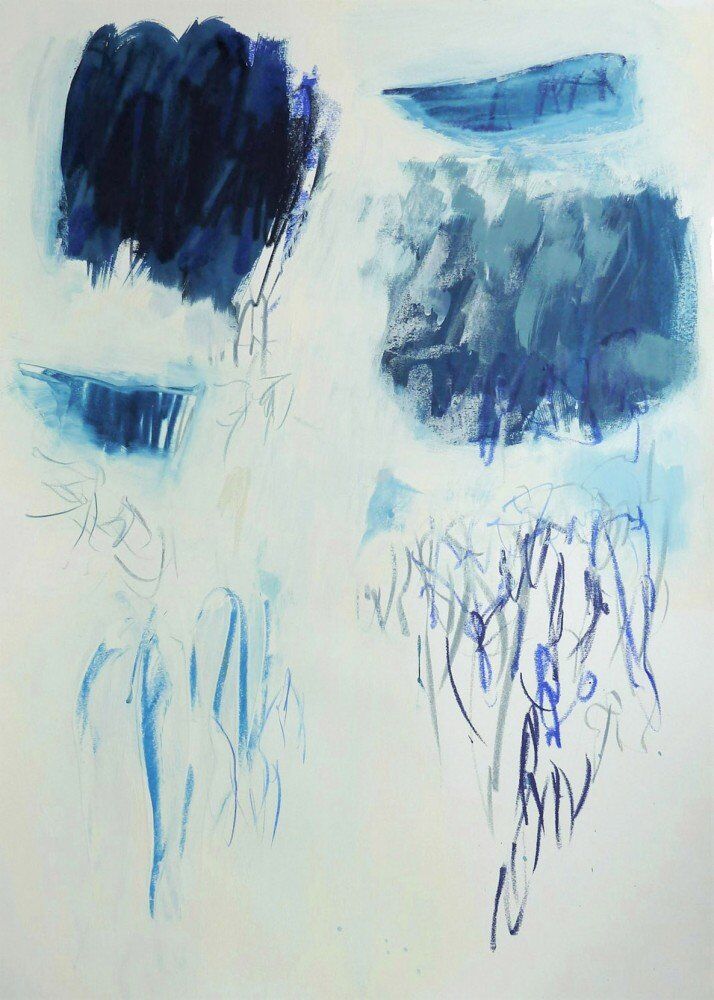 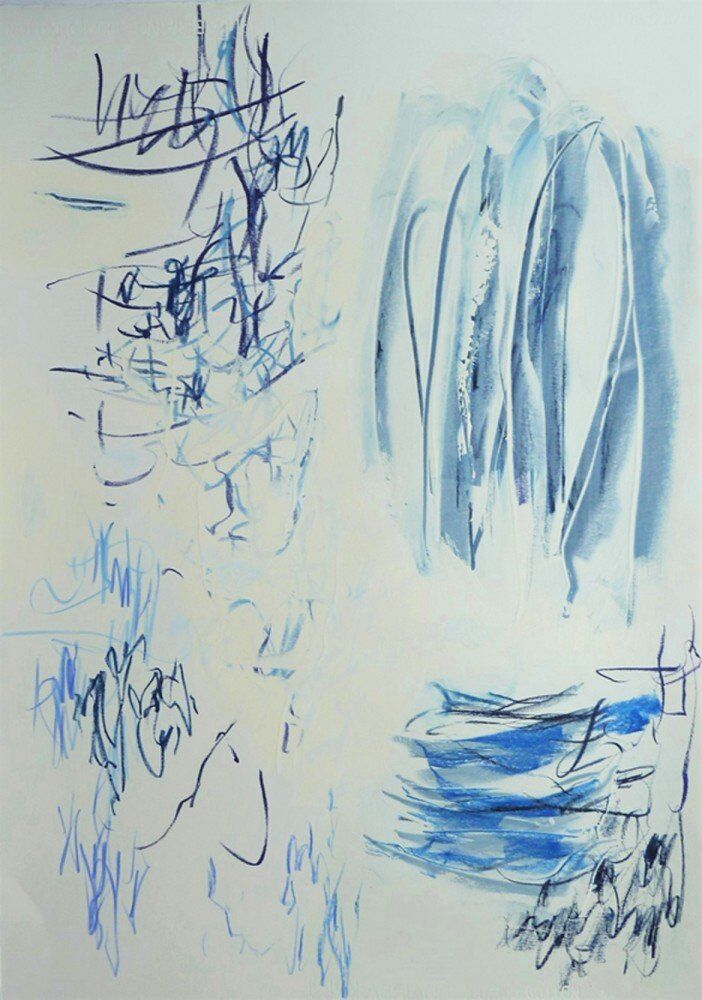 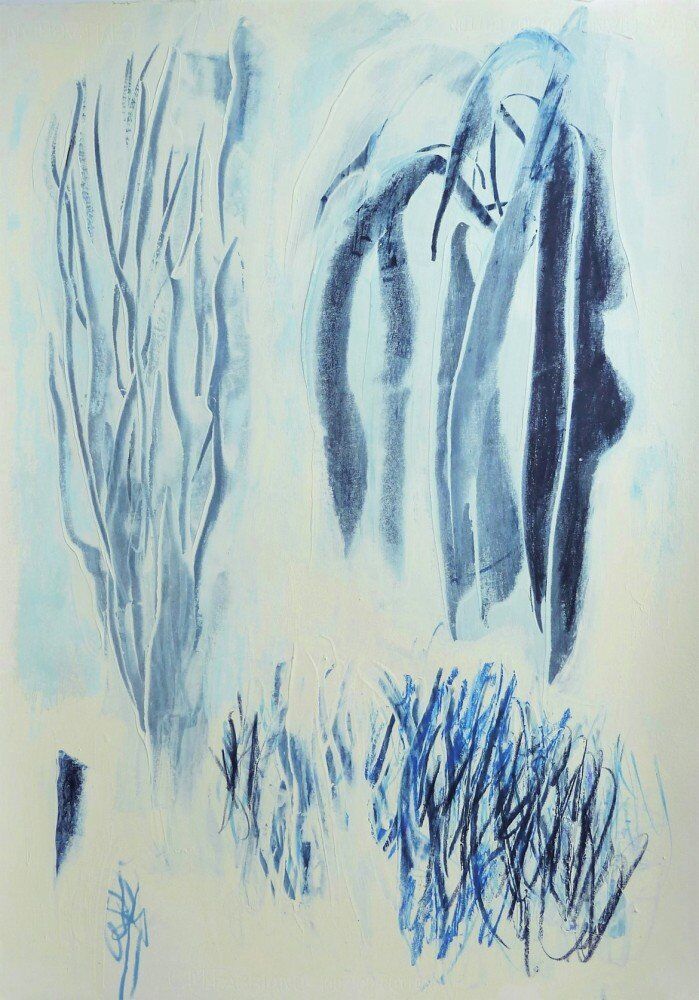 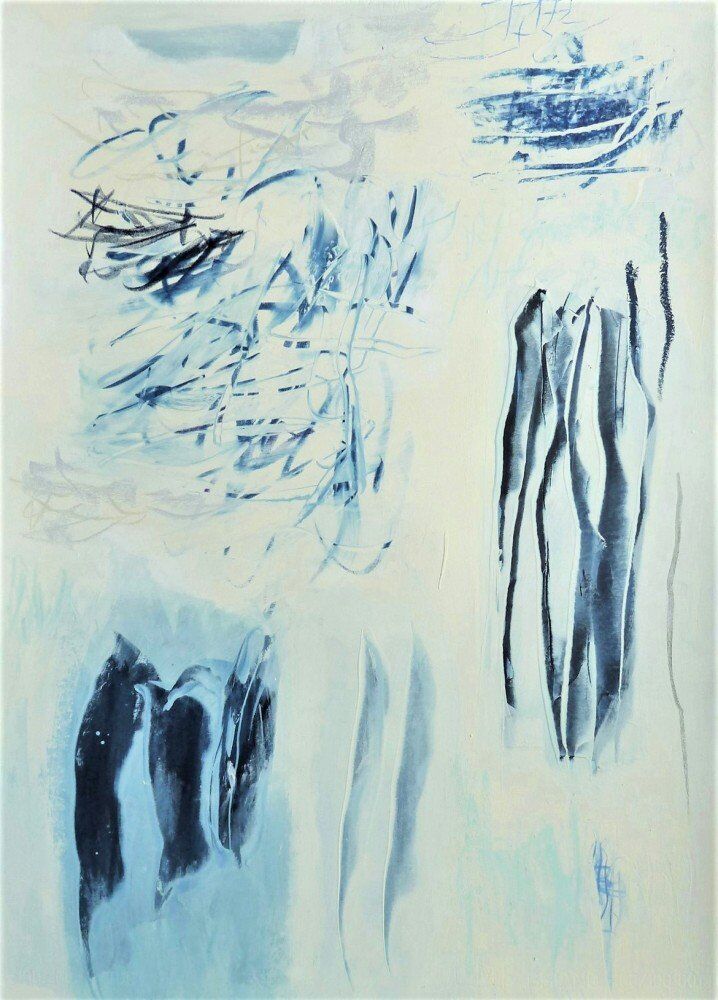 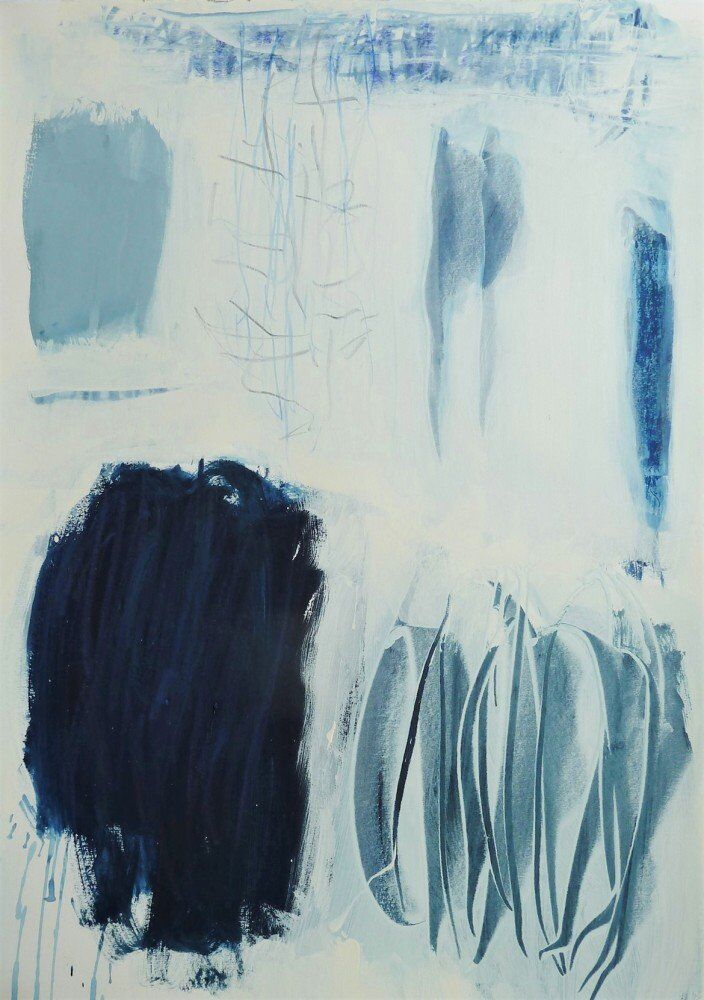 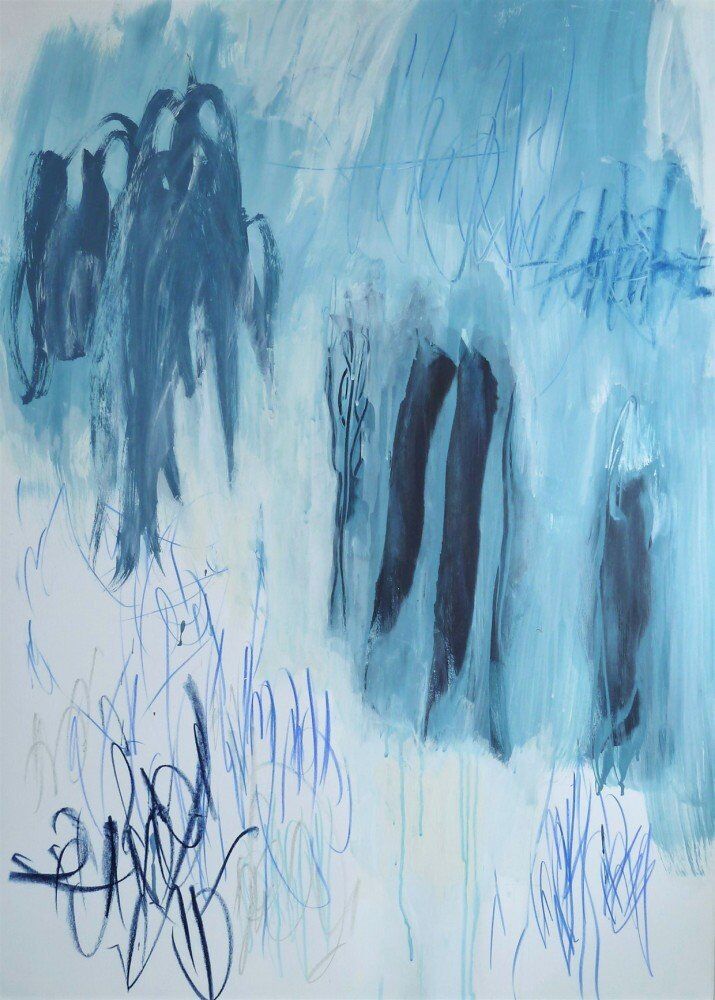 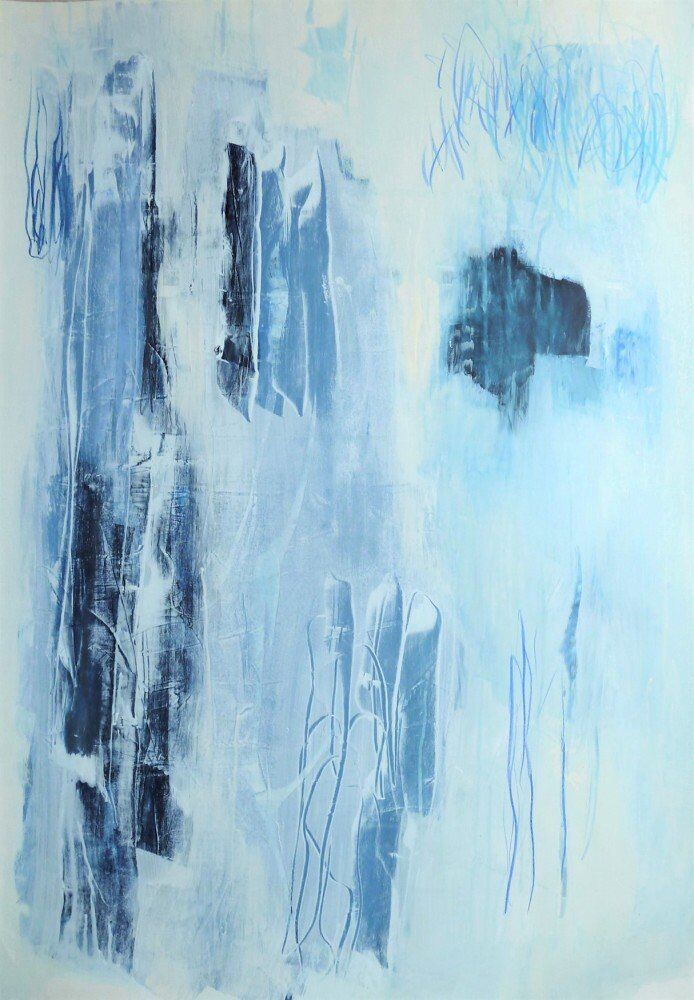 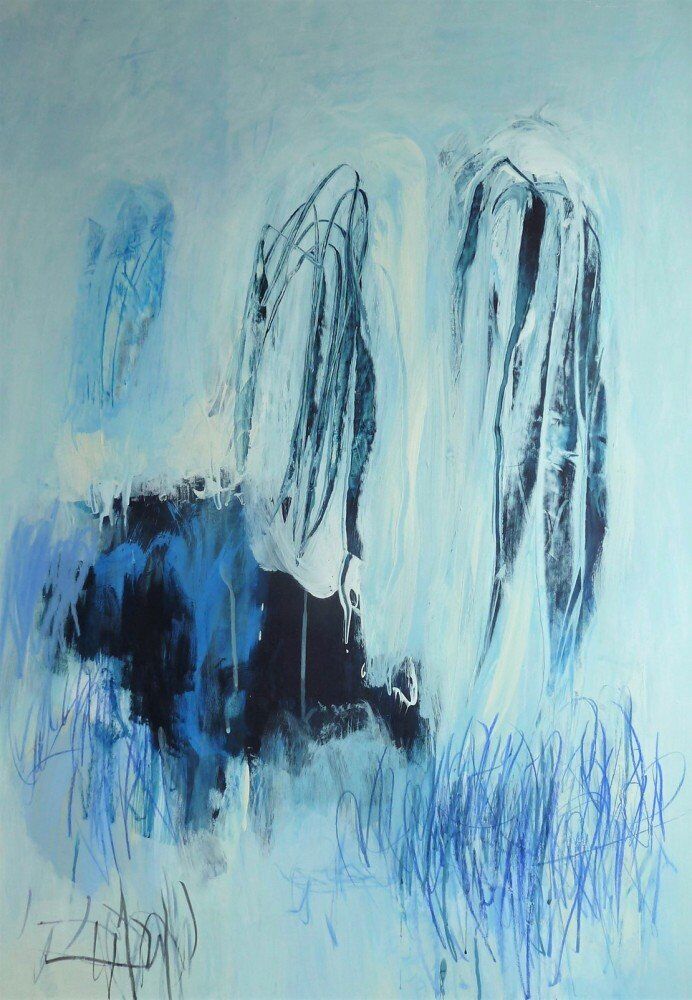 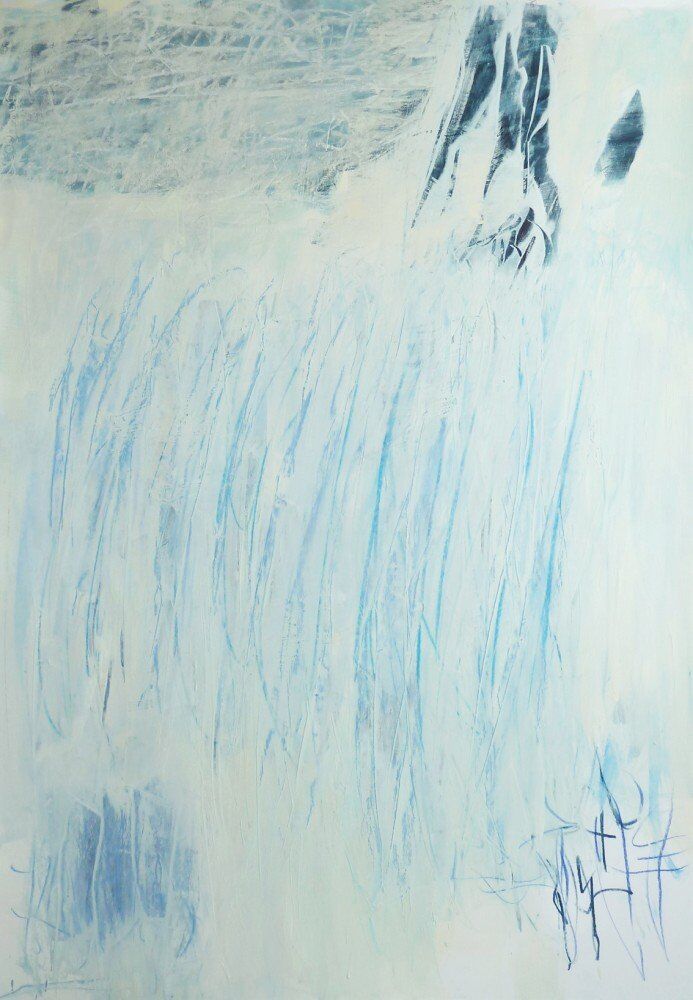 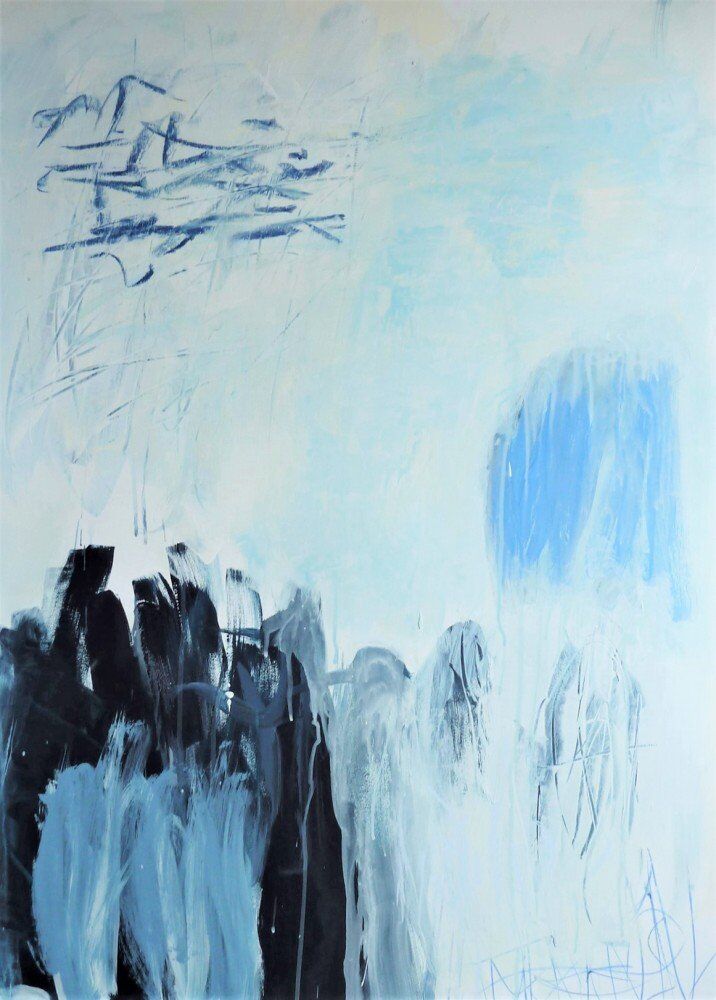 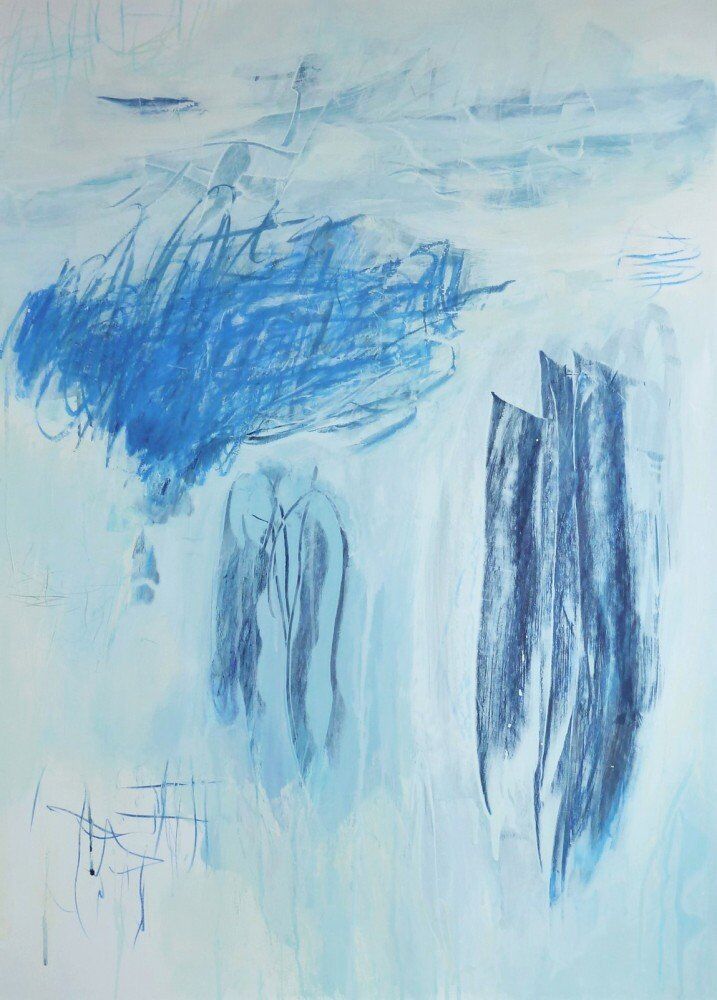