Drawing a way out - nature and the psychology of lived encounter

This series evolved from drawings originally made at Cite Internationale des Arts, Paris 2014,  in direct response to the lived encounter and immersion in both the Claude Monet water garden at Giverny and the Nymphéas installation at Musee de l’ Orangerie, Paris. The focus was encounter; the impact of such a compressed surface and space; both at the Giverny pond and the large panels, particularly Reflection with Willows, second room, west wall at Musee de l’ Orangerie. They play with ideas around psychological encounter, a link to memory and childhood as much as a link to the body immersed in an entangled space. 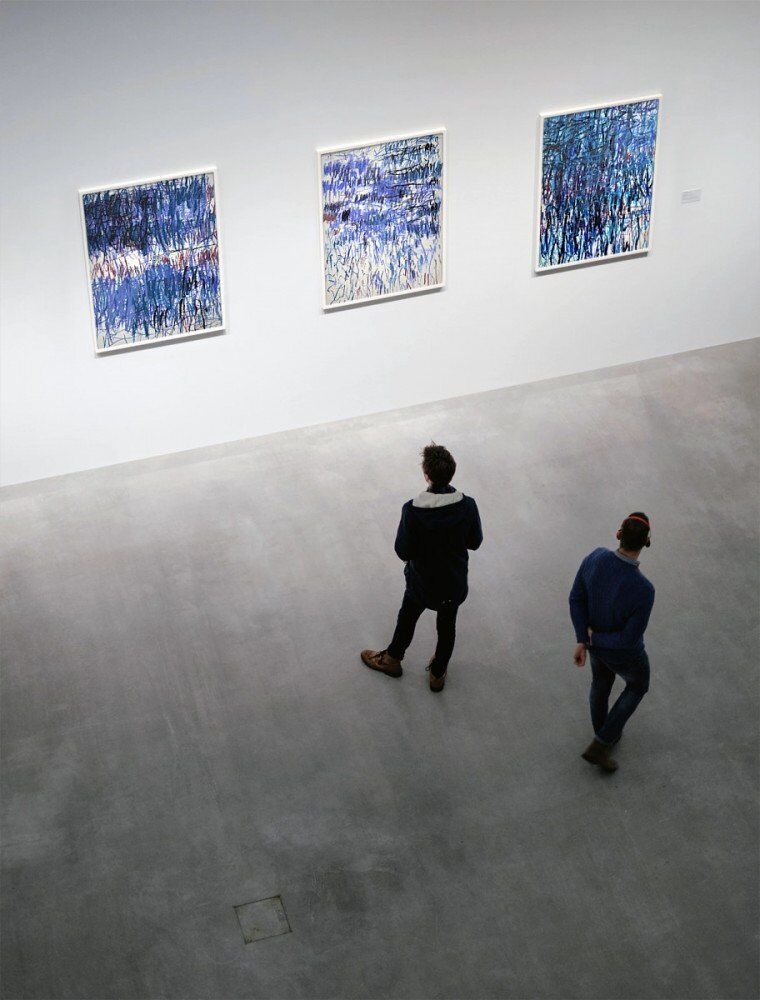 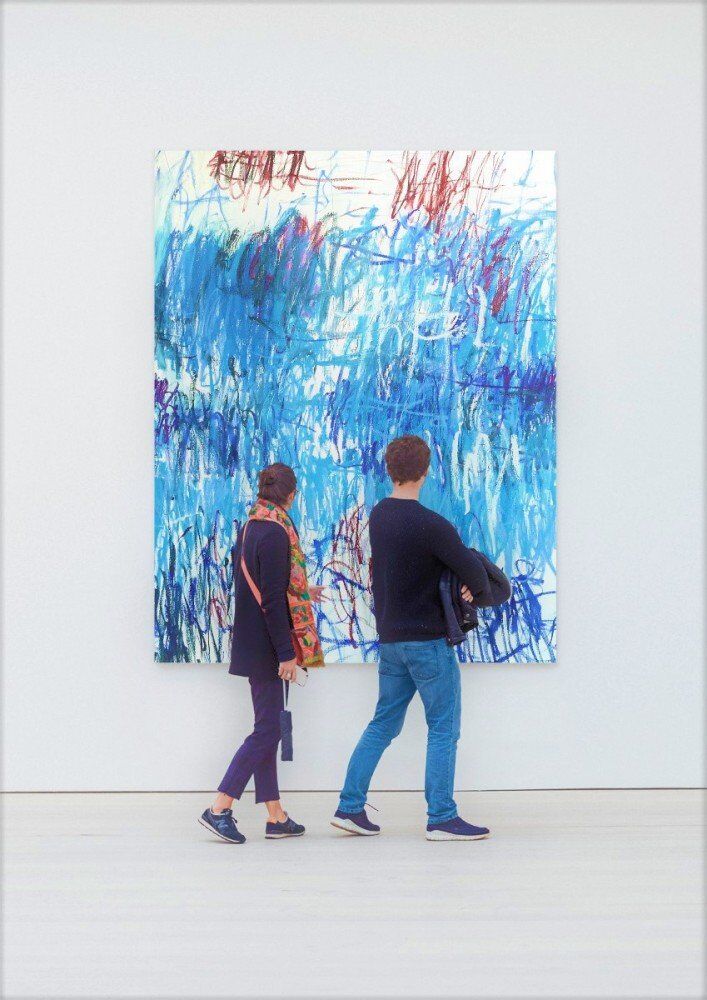 I became interested in detangling this space, opening up the surface. The works  made were on site crayon and graphite drawings, direct drypoints at Giverny, later printed at the graphic studio in Paris and studio drawings in Paris. On return to Australia the drawings were extended into large format drawings/paintings on canvas. The paintings, primarily drawing in oilstick, became an extension of the memory of the detangling experience of the embedded surfaces of the paintings and sensory experiences of compression within the garden; as a site of bodily immersion.

The works are about drawing and painting, records of acts of making, imparting their own independent experiences. They become remnants, traces of experiences, releasing the line and mark into their own identities, rather than the direct representations of a water garden. 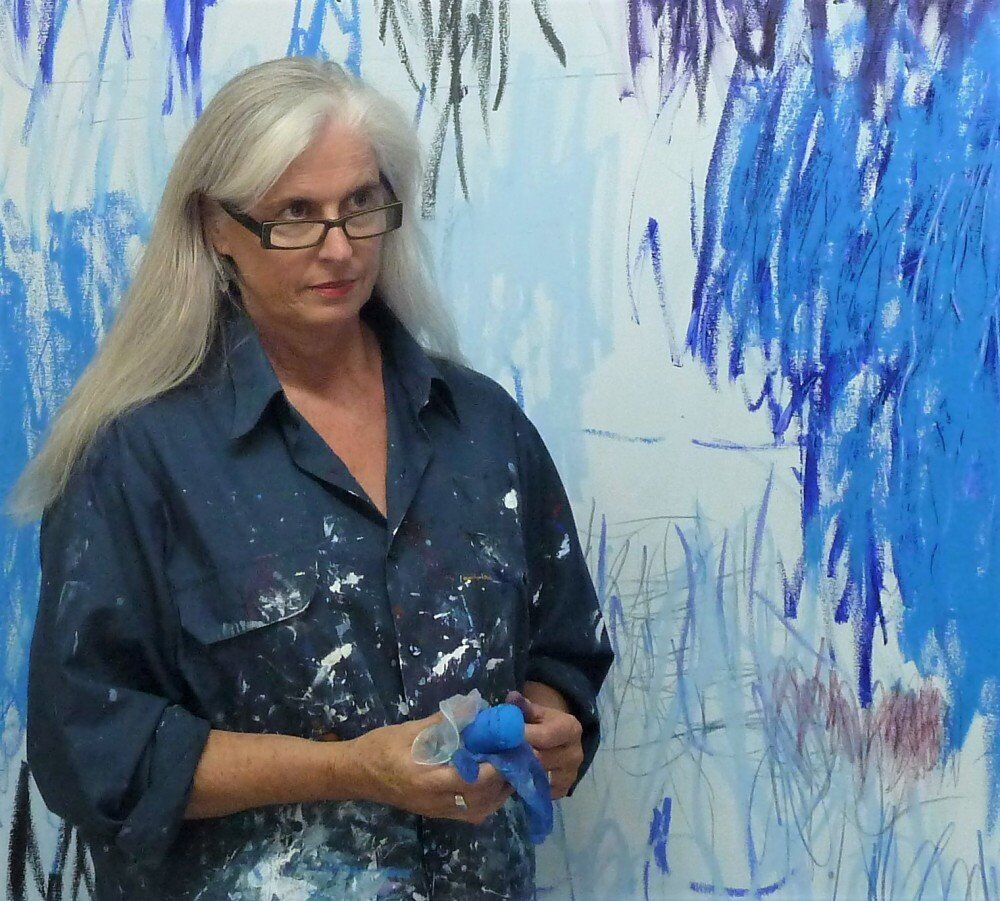 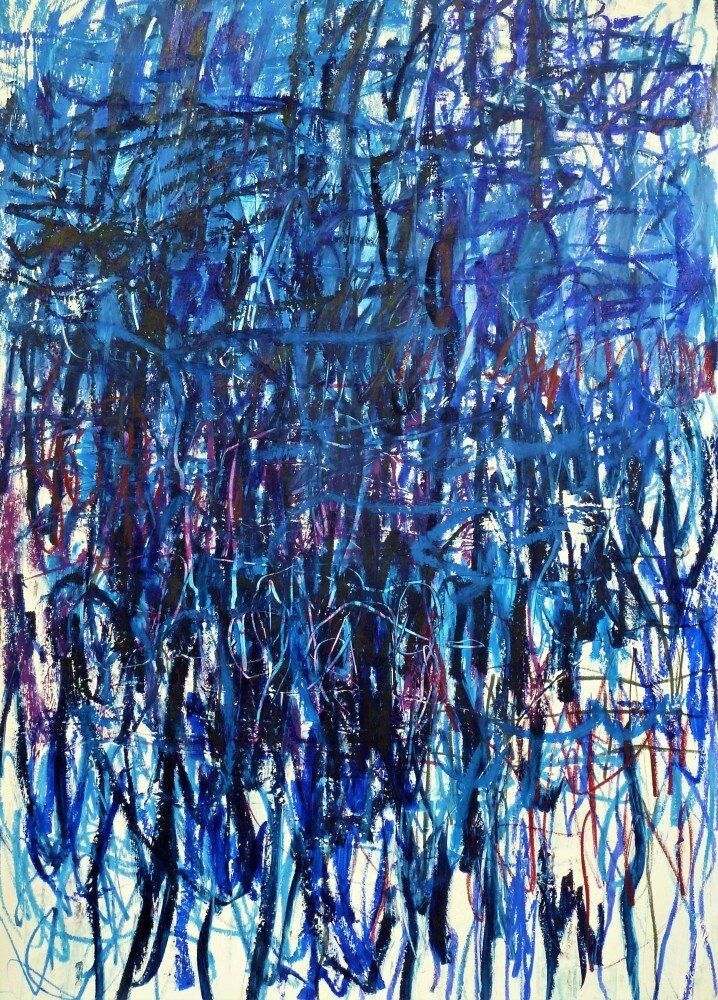 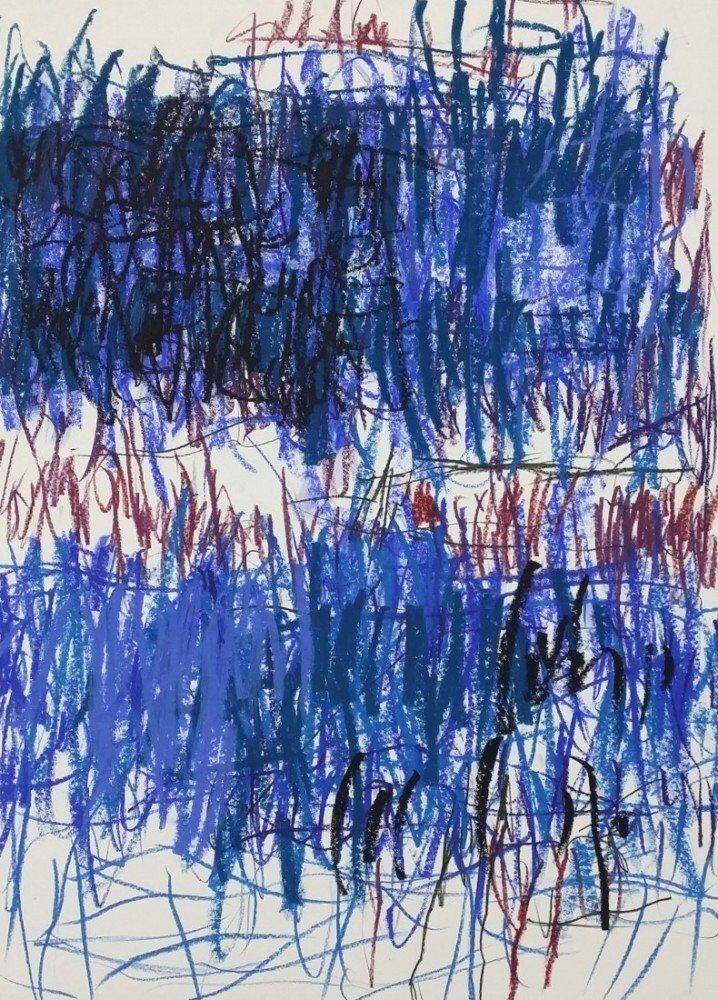 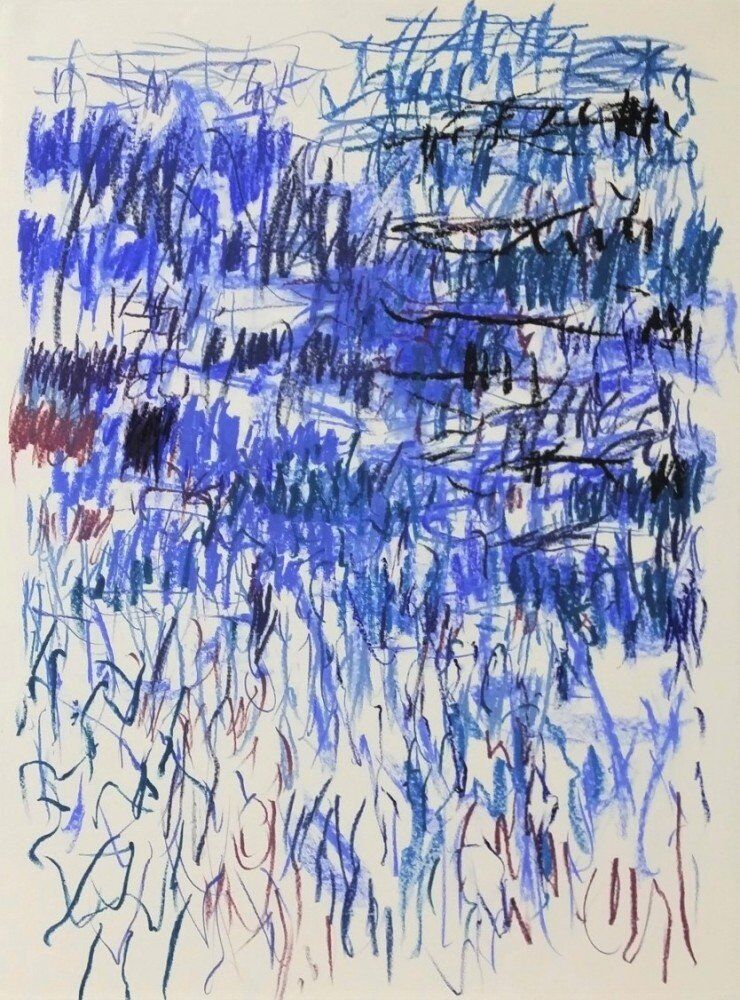 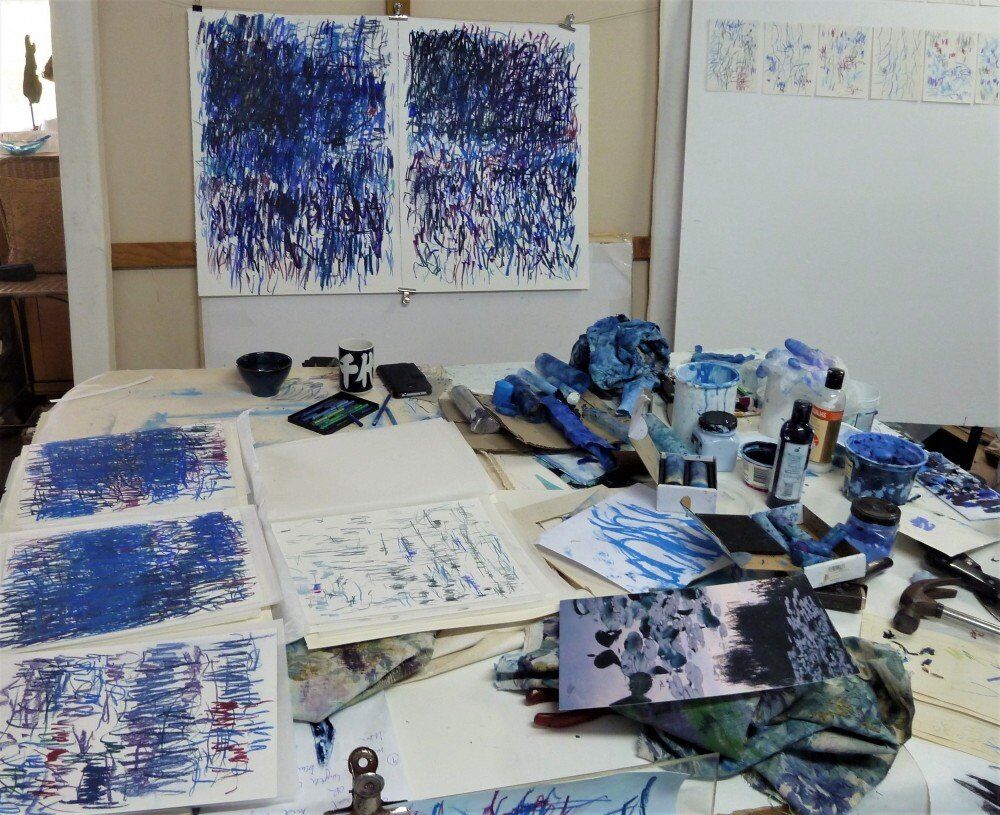 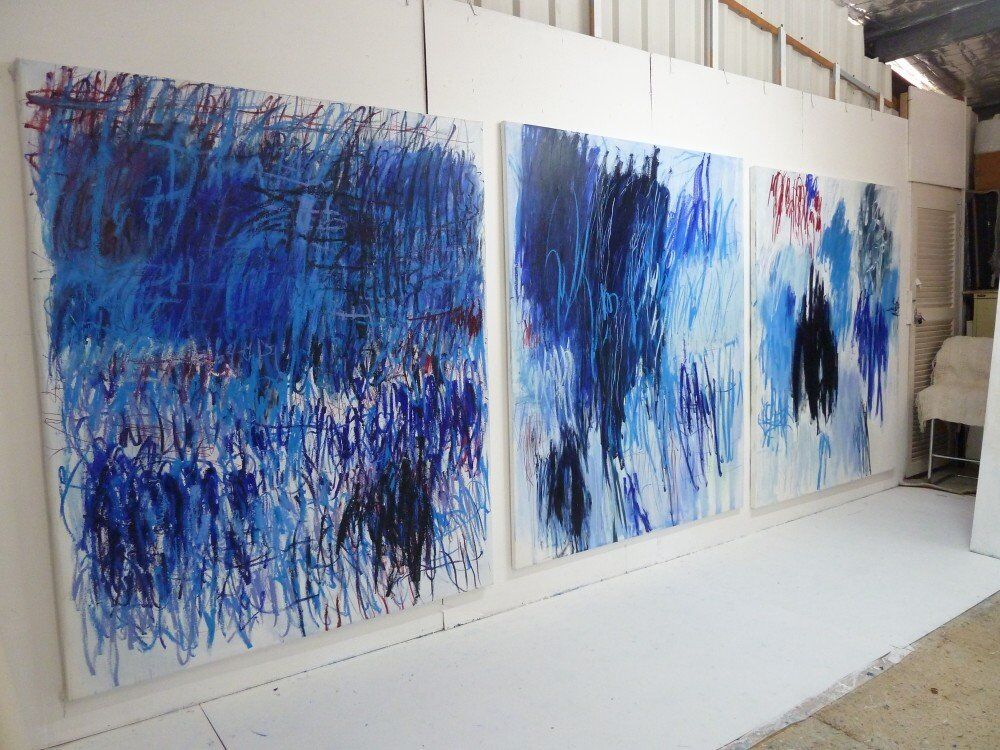 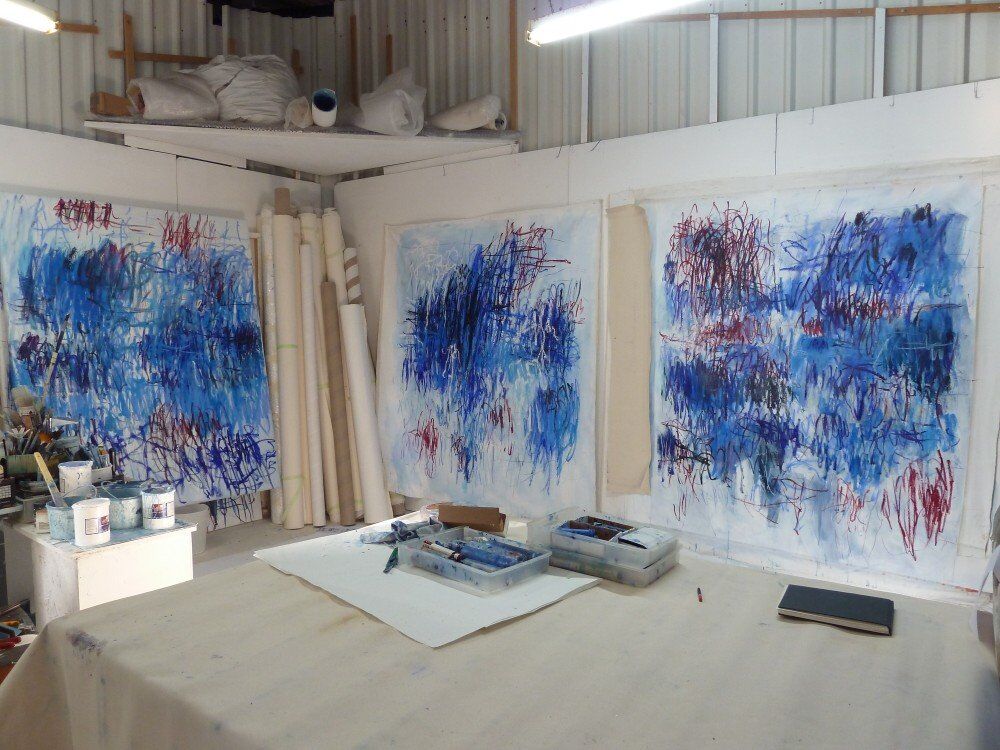 Navigating Monet's Pond in progress
acrylic and oilstick on canvas 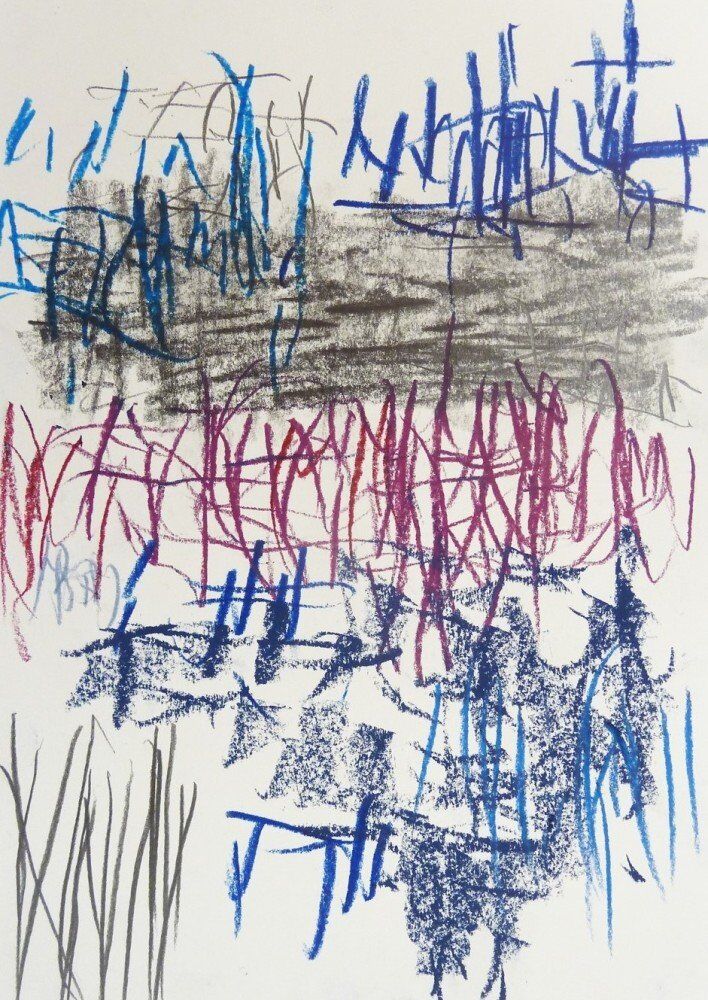 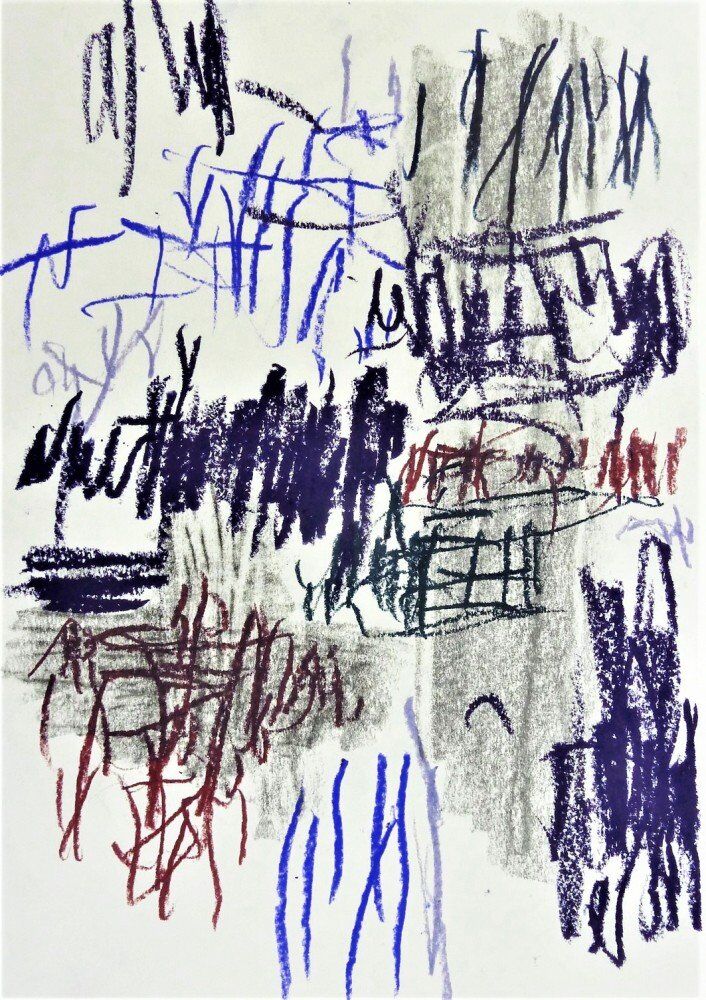 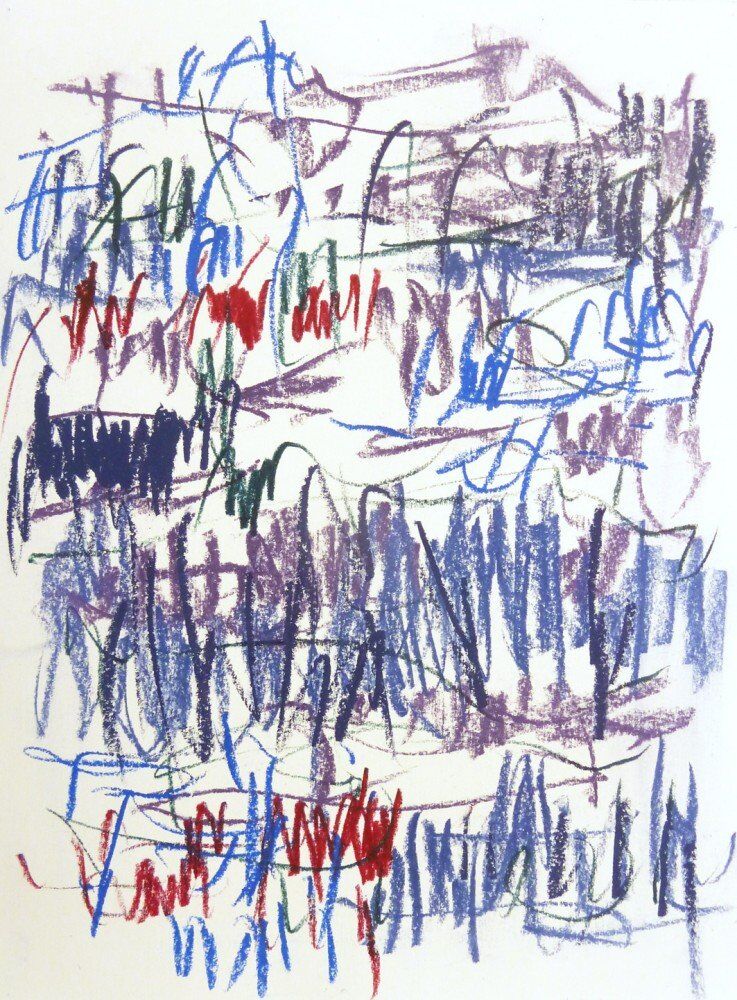 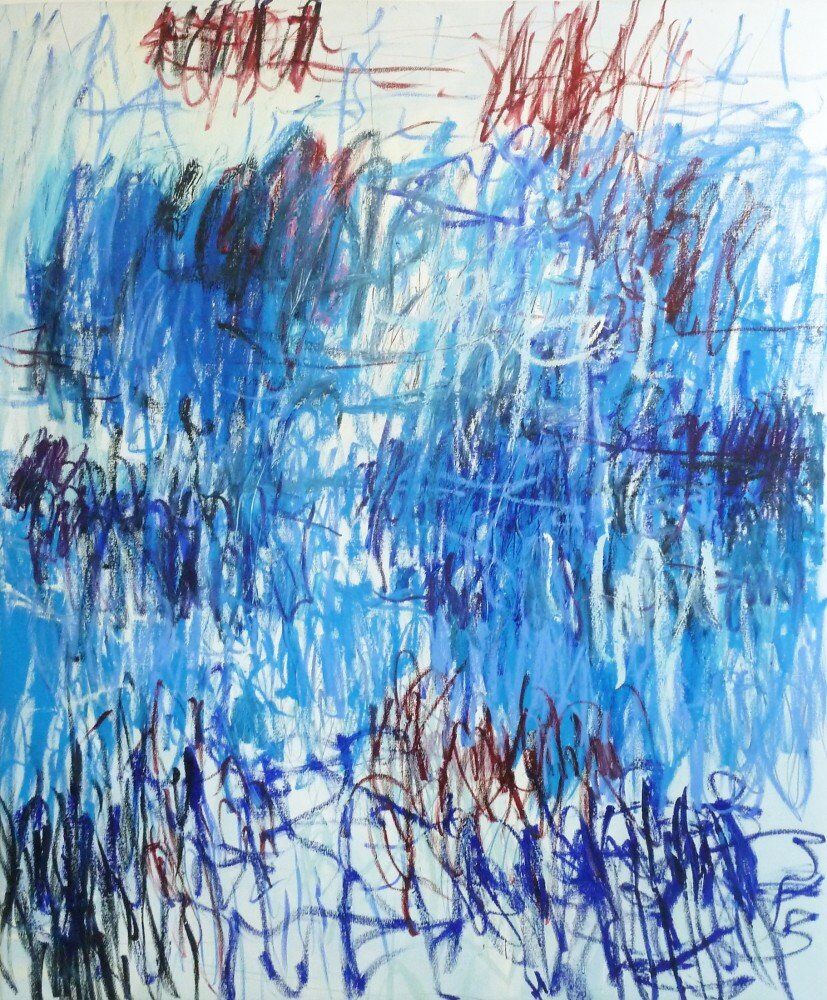 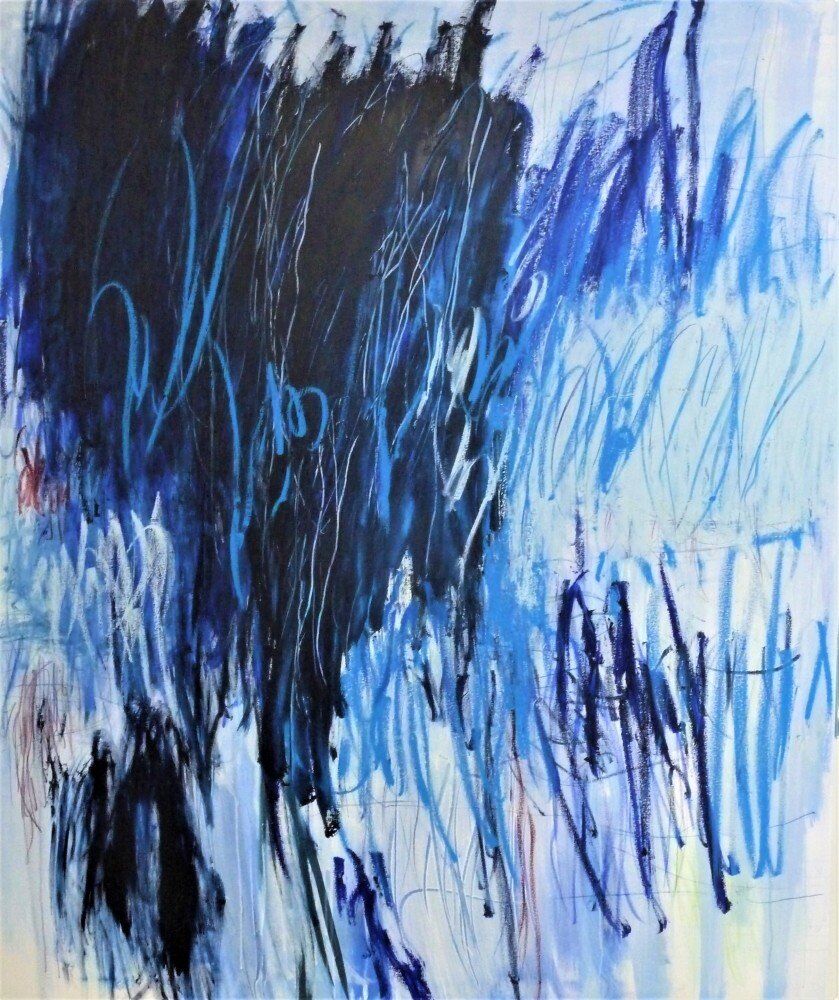 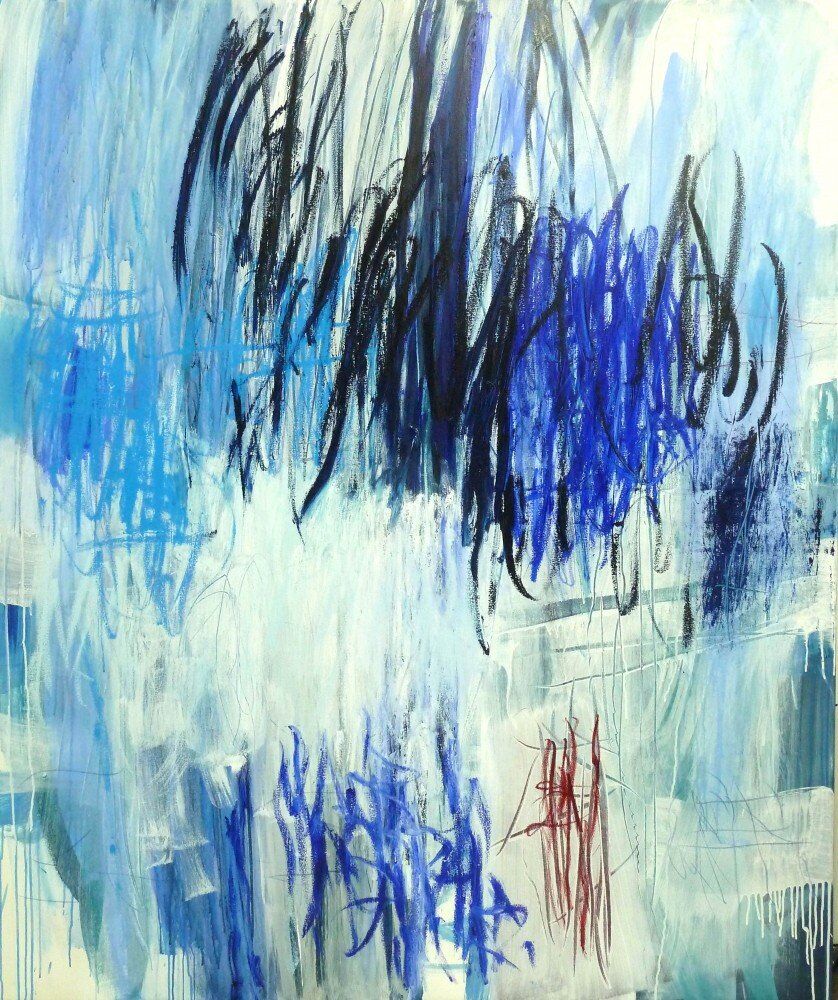 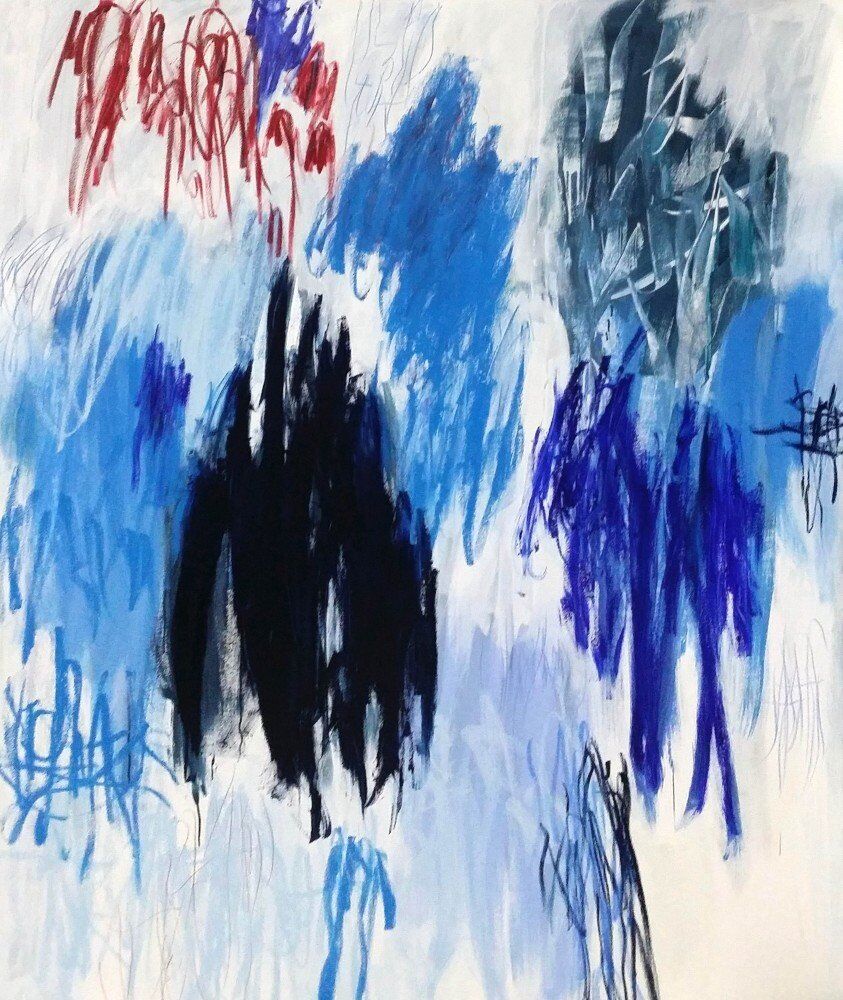 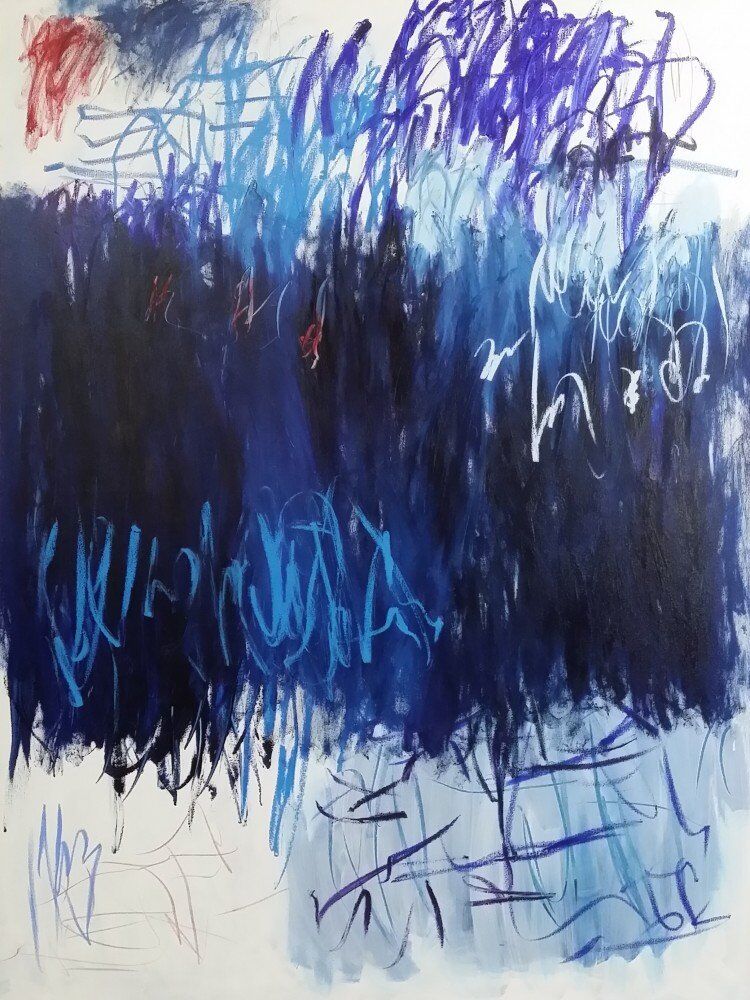 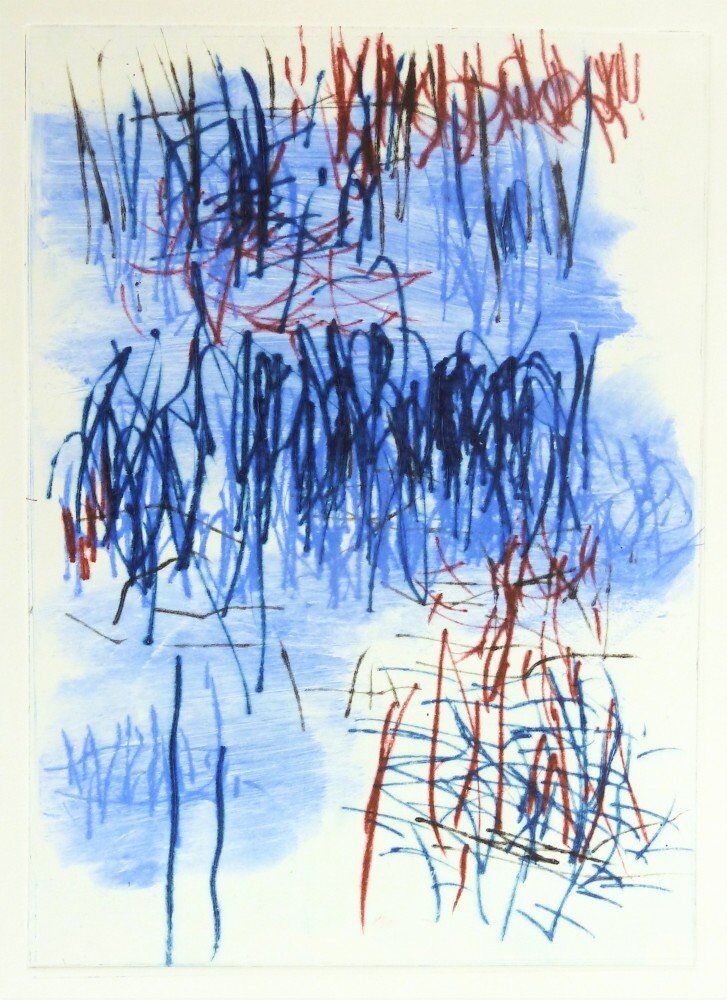 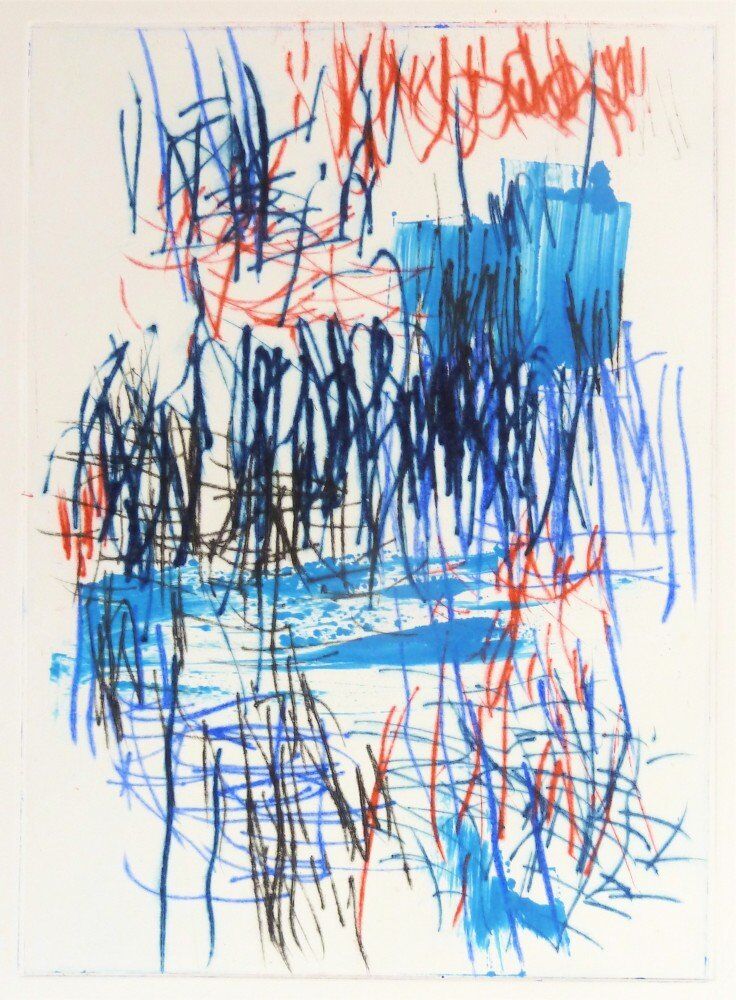 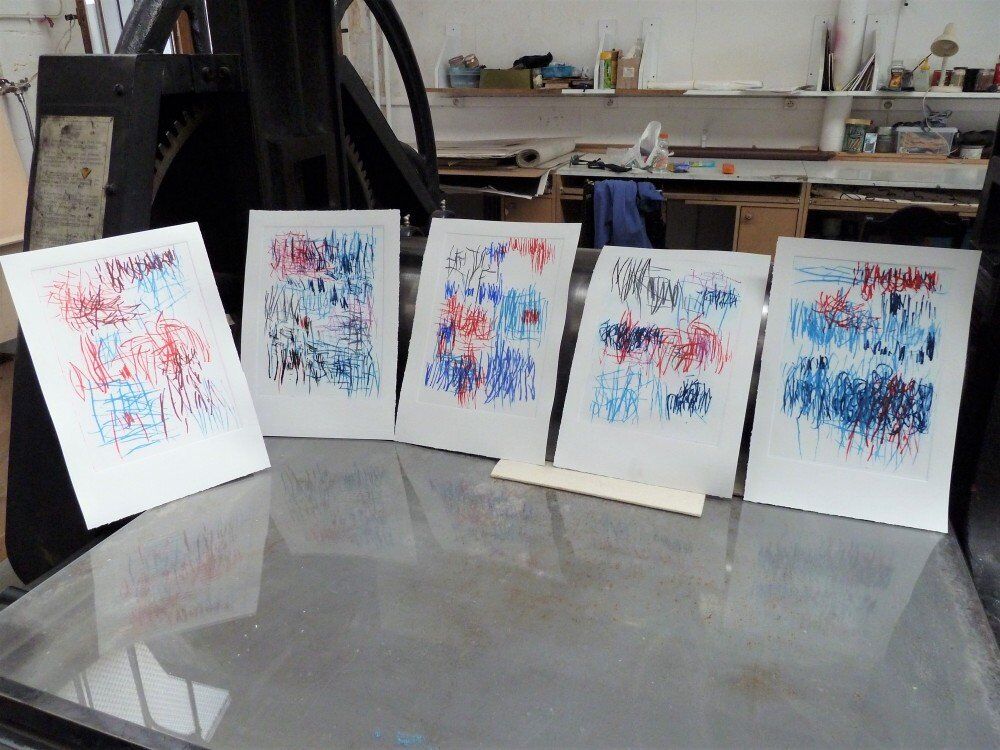 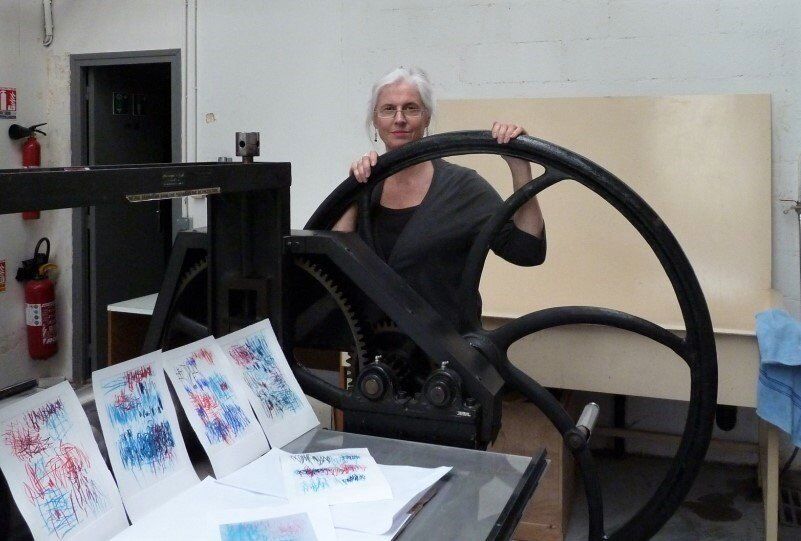