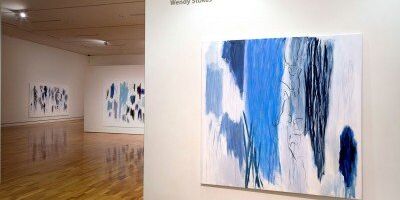 My walk as a daily ritual along the coastal fringe, irrespective of the weather has been integral to my practice. It has been through such an immersive and familiar experience of landscape which led to a subsequent interest in Monet's Nymphéas cycle. Walking involves moving through a space and upon a surface, it becomes a way of seeing, feeling or 'knowing' a landscape. For me, Monet was feeling his way toward a pictorial equivalent of 'lived experience' of a site as much as a preoccupation with observation. Monet's legacy tends towards abstraction, yet at the time of the Nymphéas installation in 1927, he sat unfavourably between the two poles of abstraction and representation. I was interested in magnifying the zone between.

As paintings, The Nymphéas became an interface between Monet and myself, both as a maker and viewer. Monet's sketchbooks were of equal interest, as were the Giverny water garden and Étretat, for their possibilities of an imprint of coastal memory. Together they presented a passage to immersive landscape experiences connecting to intimate territories. They explore the experience of landscape; mutable boundaries of water and atmosphere, combined with the psychological connection to place and ritual of the everyday. My journey became about an experience of 'returning' to somewhere 'familiar'in memory.

In making this body of work; focusing on the life inherent in mark and shifting spatial relationships, I was aiming to address a bodily engagement; one which becomes 'an intertwining of vision and movement' ; a shifting through the spaces within the work.[1] Originally, as a process I isolated the marks which were embedded into the weight of surface of the Nymphéas paintings, and found later a way to release my mark into its own rhythm and space in landscape. The paintings became a filter, through which air, light, space and mark could hover and suspend allowing the mark to oscillate between abstraction, landscape and fluid geographies. 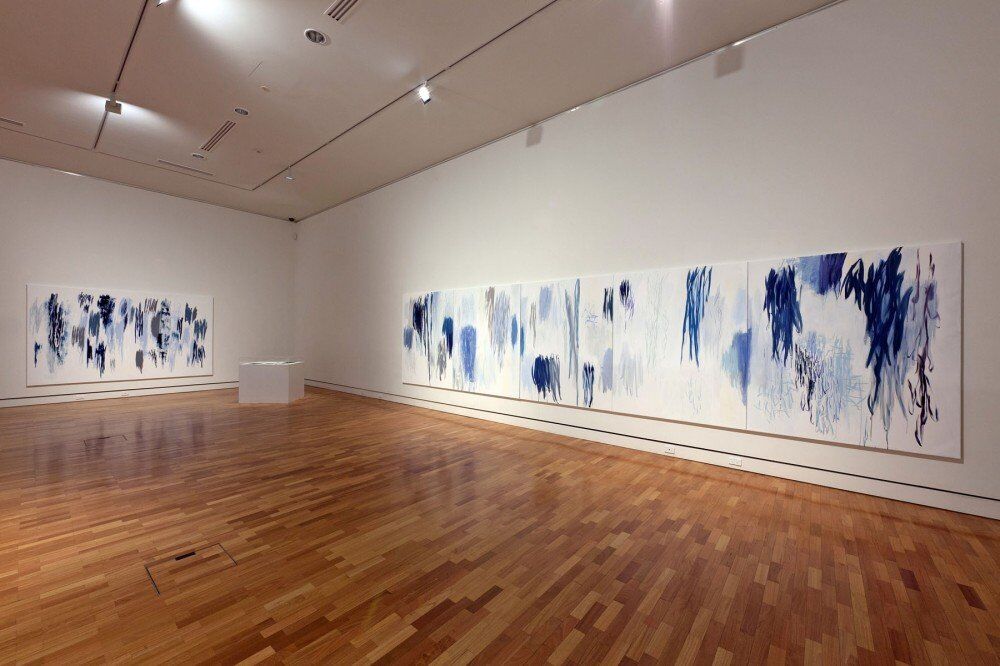 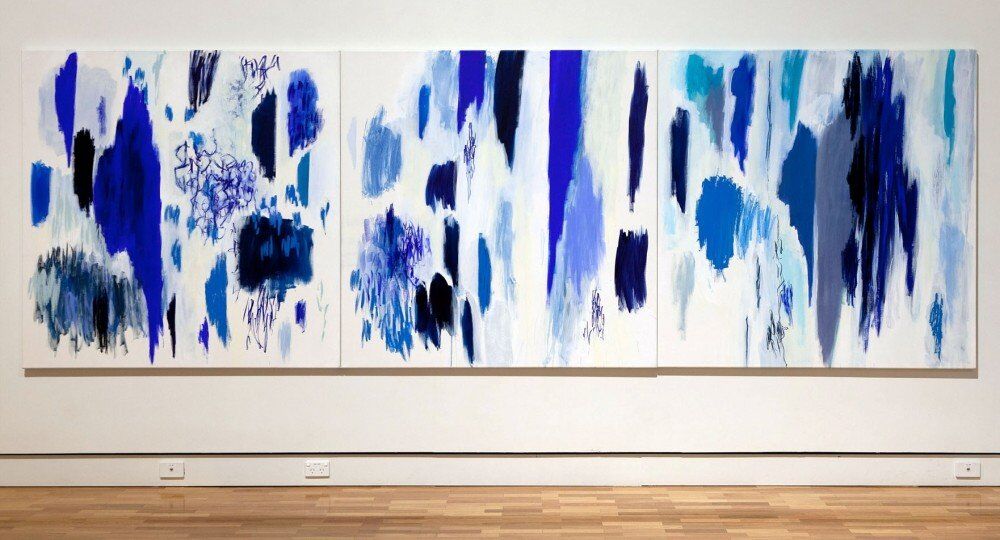 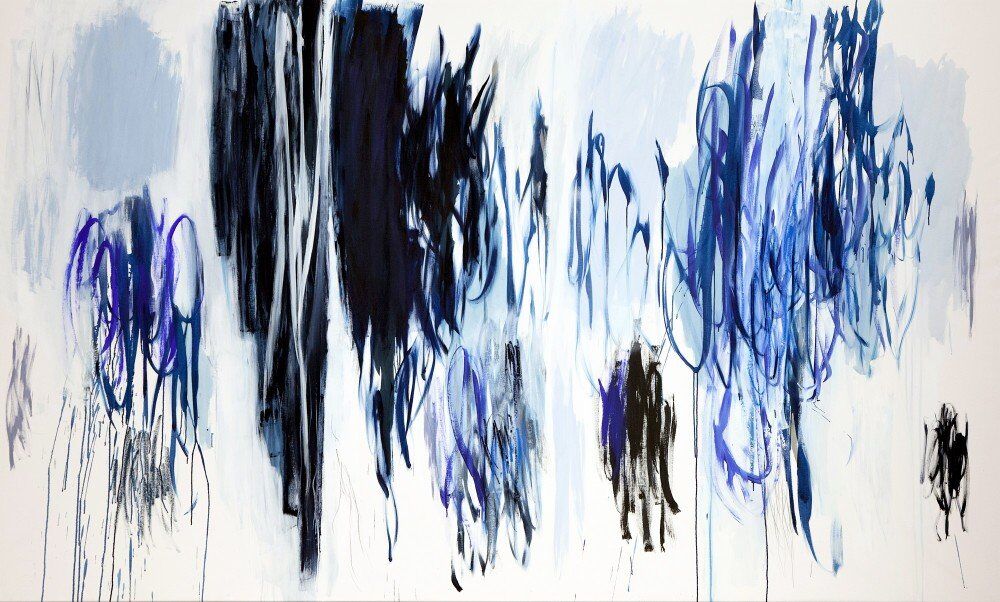 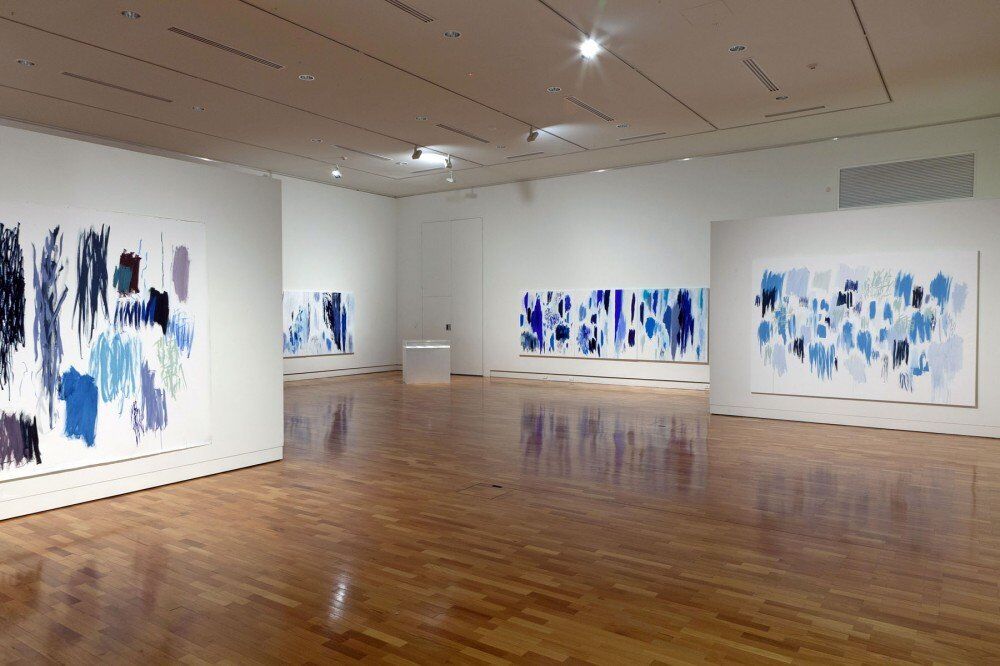 Installation The Nymphéas:
In Conversation Tamworth Regional Gallery
acrylic and oilstick on canvas 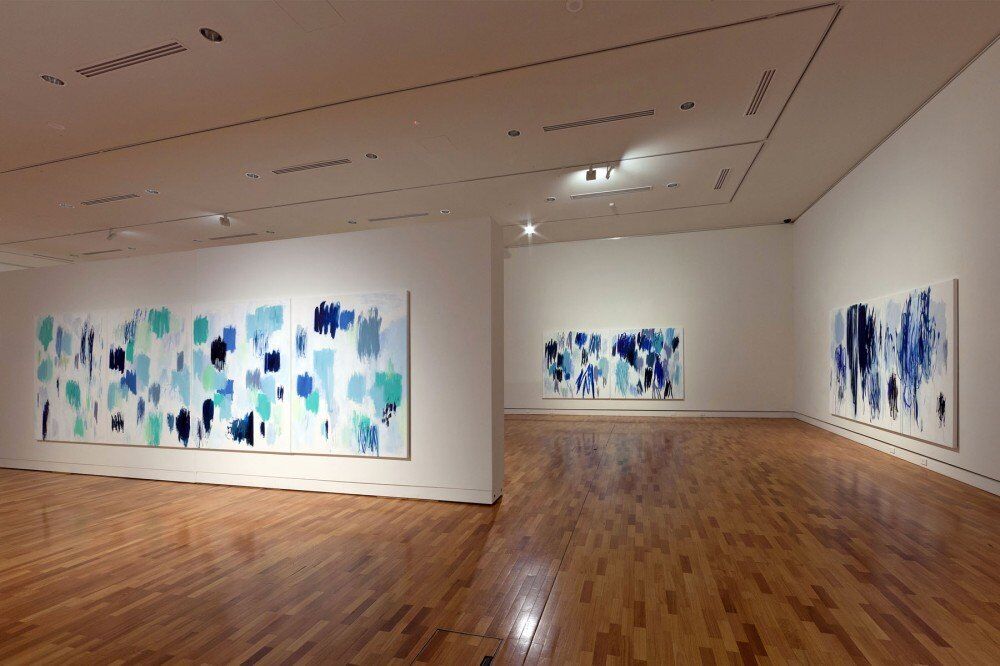 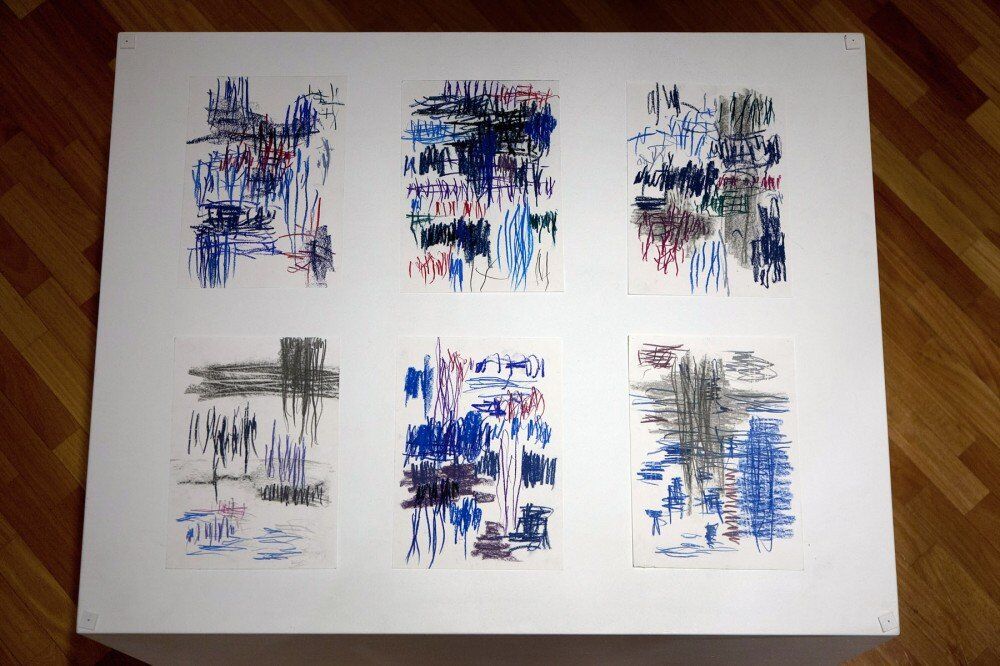 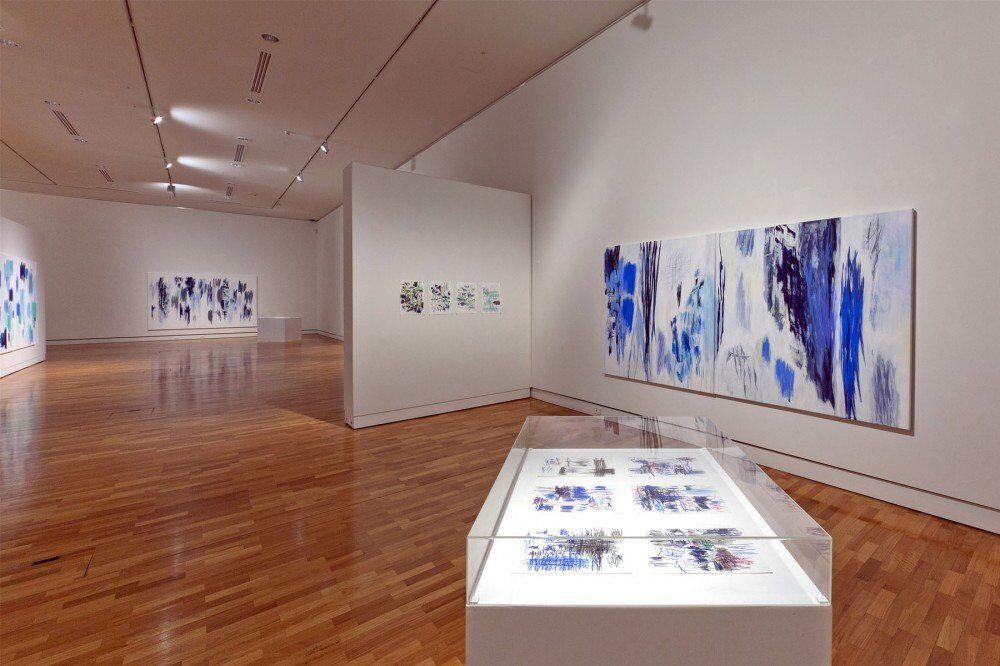